A small oval fruit with a hard stone and bitter flesh, green when unripe and bluish black when ripe, used as food and as a source of oil.

‘A cucumber and olive salad’.

The seed-bearing part of a plant, consisting of reproductive organs (stamens and carpels) that are typically surrounded by a brightly coloured corolla (petals) and a green calyx (sepals).

‘A dish of cauliflower with black olives’.

(of a plant) Put out shoots.

´The weeds begin to sprout´.

A domestic fowl kept for its eggs or meat, especially a young one.

‘Rationing was still in force and most people kept chickens´.

A limbless cold-blooded vertebrate animal with gills and fins living wholly in water.

‘The huge lakes are now devoid of fish’.

´You could get a leg of lamb for two shillings´.

A hoofed grazing or browsing animal, with branched bony antlers that are shed annually and typically borne only by the male.

´Some roman emperor´s favouriute hobbie was hunting animals in the forests such as horses or deers´.

´Scientists suspect some frogs use poisons as a defense against predators´.

A small sea animal with a shell and ten legs than can be eaten.

´Prawns are grey and they´re raw, and turn pink when they´re cooked´.

An elongated, fast-swimming cephalopod mollusc with eight arms and two long tentacles, typically able to change colour. It can be eaten in some human meals.

´He likes his rosotto with all the bits (squid and octopus)´.

A young pilchard or other young or small herring-like fish.

´They opened a can of sardines´.

A glossy red, or occasionally yellow, pulpy edible fruit that is eaten as a vegetable or in salad.

´Paul came round for dinner and I did pasta, and picked us fresh yellow tomatoes from the greenhouse´.

A starchy plant tuber which is one of the most important food crops, cooked and eaten as a vegetable.

‘Fryed potatoes are tasty, but not very healthy’.

´Chesse and sweet potato are my favourite desserts´.

An edible Asian plant of the goosefoot family, with large dark green leaves which are widely eaten as a vegetable.

´I almost always order a green sole served with green beans or spinach´.

A cultivated plant of the parsley family, with closely packed succulent leaf stalks which are used as a salad or cooked vegetable.

´Add the carrots and celery and cook for a further 5 minutes´.

The purple egg-shaped fruit of a tropical Old World plant, which is eaten as a vegetable.

‘A puree of aubergine’.

A cultivated plant eaten as a vegetable, having thick green or purple leaves surrounding a spherical heart or head of young leaves.

´The beef is served with cabbage, carrots and potatoes´. 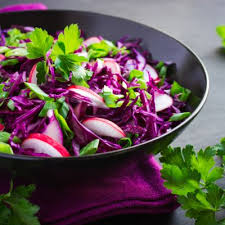 A small free-swimming crustacean with an elongated body, typically marine and frequently of commercial importance as food.

‘They eat tiny organisms, such as mysid shrimp, that they find close to the ocean floor.’ 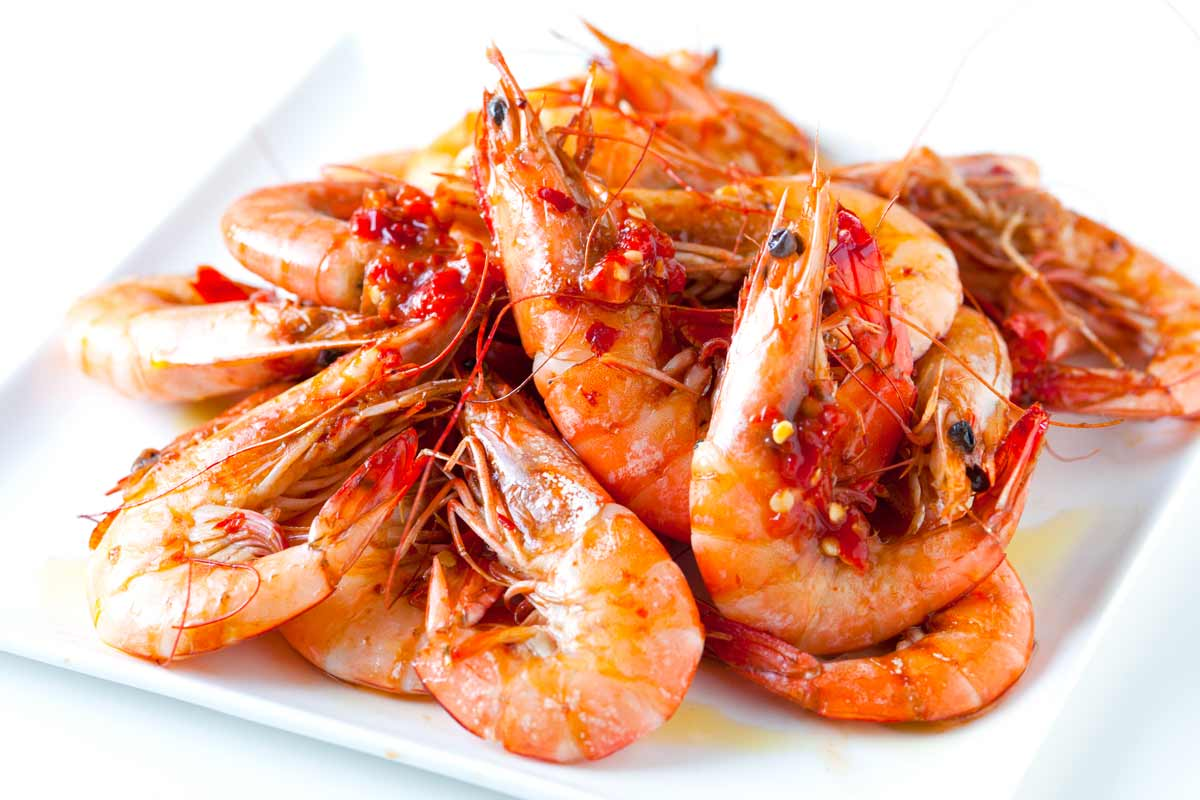 A large edible fish that is a popular sporting fish, much prized for its pink flesh. Salmon mature in the sea but migrate to freshwater streams to spawn.

A large and active predatory schooling fish of warm seas, extensively fished commercially and popular as a game fish.

‘The tuna I bought was two for a dollar.’ 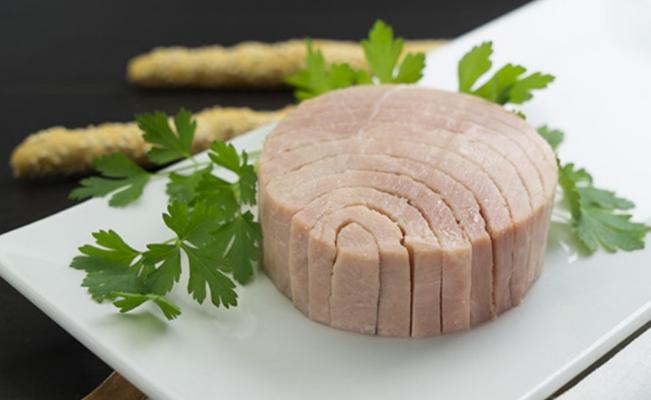 A crustacean, found chiefly on seashores, with a broad carapace, stalked eyes, and five pairs of legs, the first pair of which are modified as pincers.

‘There are also sand crabs burrowing in the sand, which make good bait too´. 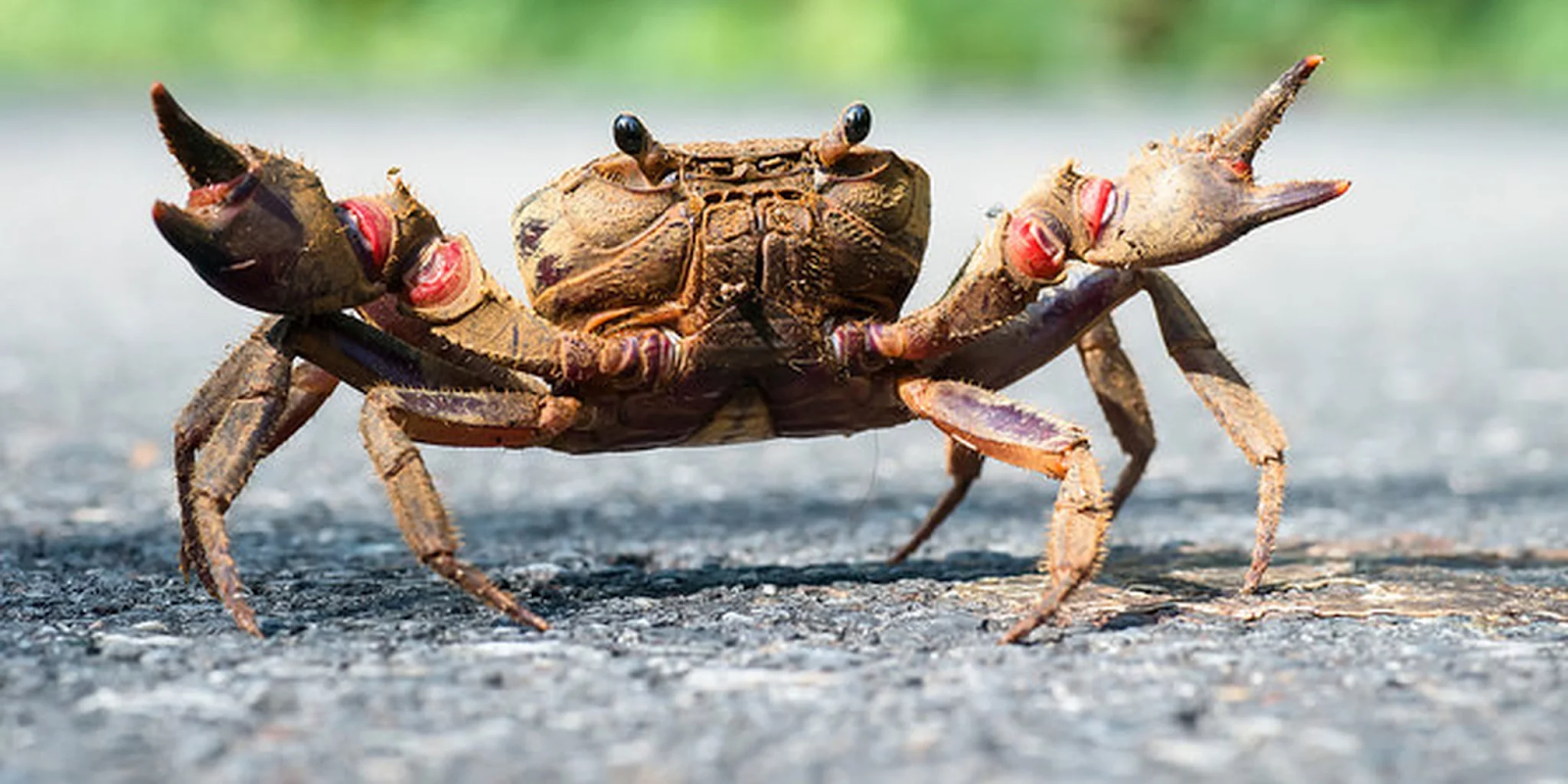 A cultivated plant of the daisy family, with edible leaves that are eaten in salads.

‘I make salad with avocados, tomato, lettuce and spring onions, with an olive oil and red wine dressing´.

A swollen edible bulb used as a vegetable, having a pungent taste and smell and composed of several concentric layers.

‘Cook the onion in the oil until lightly coloured’.

A tapering orange-coloured root eaten as a vegetable.

‘Roast lamb with peas and carrots’. 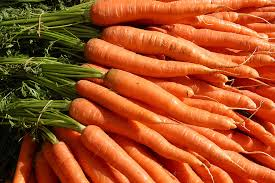 ‘There was the smell of roast beef’. 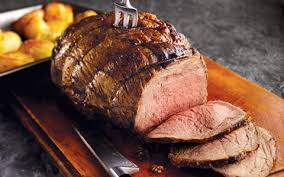 A waterbird with a broad blunt bill, short legs, webbed feet, and a waddling gait.

‘A tangy stew of duck, lamb, and sausage’.

´Chuncks of rabbit and chicken´.